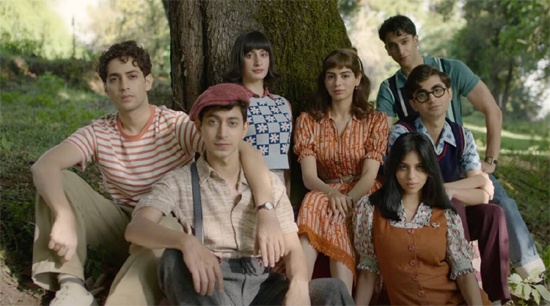 Zoya Akhtar is a known name in the industry and made some hit films like Gully Boy. She is now making a Netflix film called The Archies.

The first look teaser of the film is out and it features some stars kids in key roles. The film shows Shahrukh Khan’s daughter, Suhana Khan, and Sridevi’s daughter Janhvi Kapoor in key roles.

The film also has Amitabh Bachchan’s grandson Agastya Nanda also. By the looks of it, the film is a fun period drama, and the same is revealed in the teaser. Apart from these star kids there are other known faces from the social media doing good roles in this film.