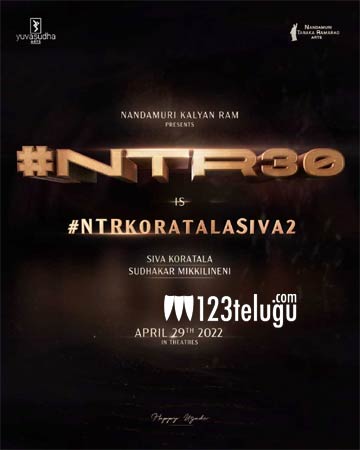 We all are aware that NTR will be doing a film in the direction of Koratala Siva. The project was also announced a few months back and there is superb curiosity on this project.

Now the news is that the film will be launched in the first week of October in a big way and the regular shooting will also start at the same time.

NTR is busy giving the finishing touches to his latest film RRR and is also busy with his TV show as of now. A top heroine from Bollywood and mostly, Alia Bhatt, will be playing the female lead as per the news.