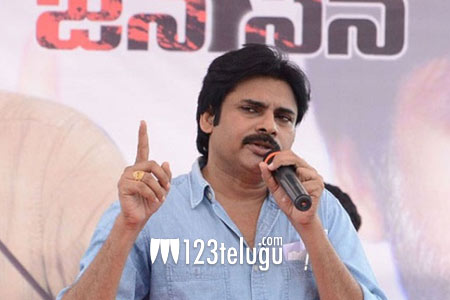 On the first day of his Chalo Re tour in Vizag, Janasena President Pawan Kalyan extended his support to the employees of the Dredging Corporation of India (DCI) in their fight against the Modi government’s move to privatize DCI. Pawan also met and condoled the family members of N Venkatesh, a DCI employee who committed suicide, protesting DCI’s privatization.

Pawan said that it’s ridiculous to privatize the DCI which is running in profits. “If the BJP government privatizes DCI, the party’s first defeat in the 2019 elections will begin with Vizag,” Pawan said. “So far, I have not asked anything from the Prime Minister Narendra Modi. But for the first time, I have written a letter to the PM, asking him not to privatize the DCI,” the Janasena chief said.

Pawan also stated that he doesn’t belong to the BJP or TDP, but he fights for the common people. “Both the BJP and TDP should fulfill the promises made in the 2014 election manifesto. Parties that didn’t keep their promises have no right to seek votes in the 2019 elections,” Pawan said.