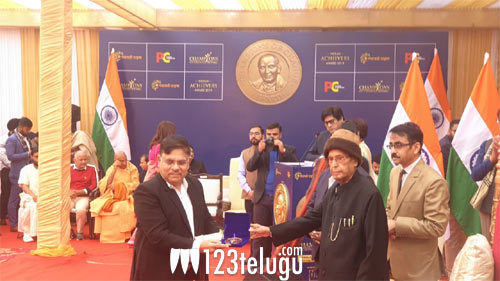 Senior producer Allu Aravind is enjoying the massive success of his latest production, Ala Vaikunthapurramuloo. And now, Aravind had one more feather in his cap. Former President of India Bharat Ratna Pranab Mukherjee today honored Allu Aravind with Champions of Change 2019 award.

Allu Aravind landed in New Delhi earlier today and received the award for his exemplary work for the Indian and Telugu film industry. The award is given to the dignitaries who contributed to social development and community service. Allu Aravind is the only awardee in the film and entertainment field to be honored with this award this year.