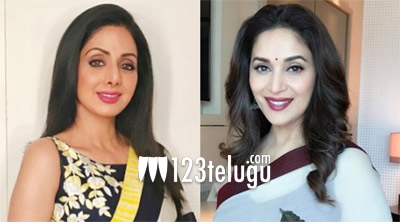 Before her sudden demise, Sridevi was in talks for a crucial role in popular Bollywood filmmaker Karan Johar’s ambitious film, Shiddat. Following Sridevi’s passing away, there were reports that Karan has shelved the project as a mark of respect to the legendary actress.

But as per the latest updates, Karan has decided to revive the project and he has even approached former star heroine Madhuri Dixit for Sridevi’s role. Madhuri is yet to sign on the dotted line. Shiddat will also star Varun Dhawan, Alia Bhatt, Sonakshi Sinha, Aditya Roy Kapoor and Sanjay Dutt. 2 States director Abhishek Varman will be directing the movie.