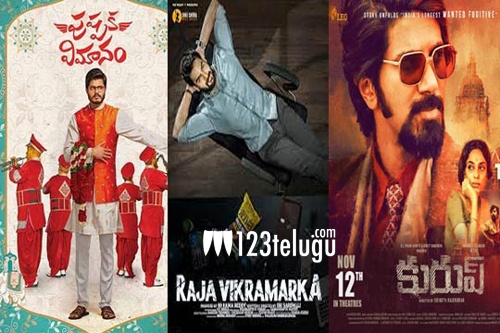 Today, as many as three films came out in Telugu. Pushpaka Vimanam, Raja Vikramarka, and Kurup were the films that were released and the news is that all three of them opened to dull occupancy in Telugu states.

As it is the weekend, the occupancy is expected to go up in the next two days. Out of the three, Pushpaka Vimanam is a film that is fun-filled.

Raja Vikramarka is an action drama and Kurup is a crime thriller. In the days to come, we need to see how these films will fare at the box office.