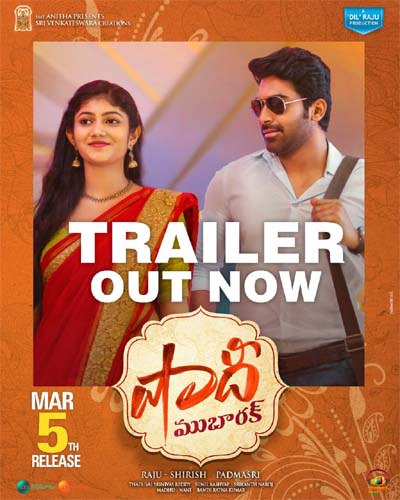 The makers of popular Telugu TV actor RK Sagar’s upcoming romantic entertainer, Shaadi Mubarak, have unveiled the film’s trailer this evening. As the title suggests, the film’s story is centred around the wedding of an NRI (RK Sagar) who comes to Hyderabad in search of a suitable bride.

Shaadi Mubarak’s trailer is a fun riot and promises an entertaining comic caper in cinemas. Young actress Drishya Raghunath portrays a meaty role, as a major portion of the film takes place in a few days. Debutant Padmasri has directed the movie and Dil Raju and Shirish have bankrolled it. Sunil Kashyap is the music composer. The film is releasing on March 5.