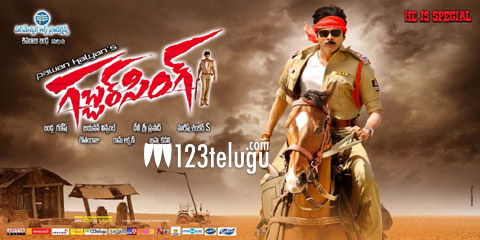 Power Star Pawan Kalyan’s ‘Gabbar Singh’ was a smash hit and brought in terrific revenue last year. Now almost a year after its release, the movie attracted crowds in large numbers to theaters once again!

Confused? Well, we are talking about the film’s special screening across the state on the occasion of Shivarathri. Gabbar Singh was screened in many theaters across the state as a Shivarathri special and crowds embraced the film very well. In fact,the movie ran to packed houses in Kukatpally!

Director Harish Shankar handled the project and Bandla Ganesh produced it. Devi Sri Prasad scored the music and Shruti Haasan was seen as the female lead.

Well, this shows what a strong impact the film has made on Pawan Kalyan’s fans and Telugu Film lovers as a whole. Like a dialogue in the film goes, “Bomma vacchi samvatsaram ayndi, ayna power thaggala”.