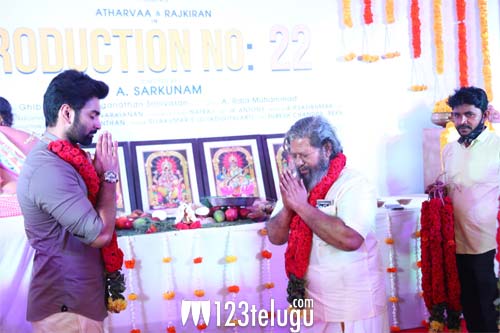 Popular Tamil hero Atharvaa Murali, who forayed into Tollywood with Gaddalakonda Ganesh a couple of years ago, has signed a biggie in Tamil. The actor’s next project is being presented by Lyca Productions’ Subaskaran. Touted as a family entertainer, the film had its formal launch ceremony earlier today.

This as-yet-untitled film will be shot across the exquisite backdrops of River Cauvery; green-capped betel mangroves and many more exotic locales in and around Thiruvaiyaru. The entire shoot will be completed in a single schedule.

The film marks Lyca Productions’ 22nd project. A Sarkunam is directing the movie. The makers are yet to finalize the film’s leading lady. Kollywood composer Ghibran is scoring the soundtrack.