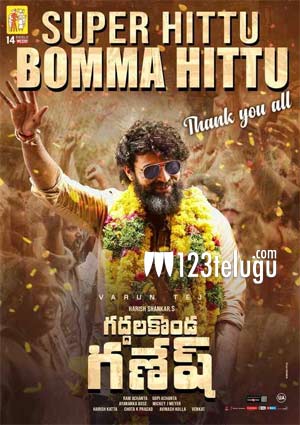 Varun Tej’s Valmiki aka Gaddalakonda Ganesh opened to some decent response yesterday. The film saw good occupancy in Nizam and the latest we hear is that the film has made a total share of 1.7 crores in the Nizam area.

These are impressive figures for a solo Varun Tej movie so far. With the weekend kicking in, the film will earn more money at the box office in the next two days.