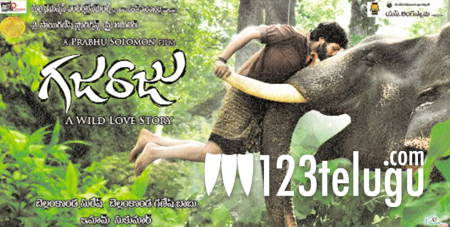 Vikram Prabhu, grandson of legendary Tamil actor Shivaji Ganesan, will soon be making his debut in a film titled Gajaraju. The film is the dubbed version of a Tamil film titled Kumki which has been directed by Prabhu Solomon. Lakshmi Menon has played the lead role opposite Vikram Prabhu. Bellamkonda Suresh is distributing the Telugu version. The film’s Tamil version released on December 14 and the Telugu version was also supposed to release simultaneously; however, it had to be postponed due to lack of theatres. Most of the theatres are screening Yeto Vellipoyindhi Manasu, Yamaho Yama, Krishnam Vande Jagadgurum and Damarukam. Gajaraju is likely to release in a week or two depending on the availability of theatres. The film is about a mahaut who guides wild elephants back into the forest to stop them from destroying property. Imam has composed the music. Prabhu Solomon had earlier directed Prema Khaidi starring Vidharth and Amala Paul which was received well in Andhra Pradesh.