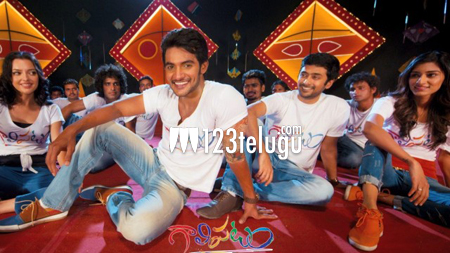 Releasing promotional video’s have been a rage in Tollywood. Continuing with the trend, the team of Galipatam has released a funky video today. The entire team has been featured in this video and young hero Aadi is seen doing the signature Gaaliptam step.

Erika Fernandez and Kristina Akheeva are the female leads, and Andala Rakshashi fame Rahul is doing a special role in this film. Sampath Nandi, who made the super hit film Racha, is producing this flick, and his best friend Naveen Gandhi is the director.

Bheems Ceciroleo has composed the music and Bhaskar Batla has penned the lyrics. Once the final patch work is completed, the unit will announce the audio and movie release dates.