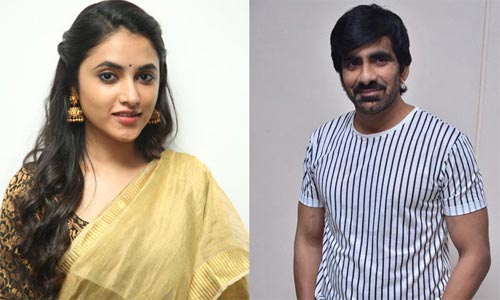 Young Tamil beauty Priyanka Arul Mohan is slowly but steadily making her presence felt in Tollywood with exciting projects. After a promising debut with Nani’s Gang Leader, she is gearing up for the release of her second film, Sharwanand’s Sreekaram. Priyanka is also debuting in Kollywood with Sivakarthikeyan’s Doctor.

Now, if the latest buzz is to be believed, Priyanka is the front-runner to play the leading lady opposite hero Ravi Teja in his next project. Apparently, Nenu Local director Nakkina Trinadha Rao is planning to rope in Priyanka for his family entertainer with the Mass Maharaj. An official announcement regarding the project and the film’s cast and crew will be out soon.