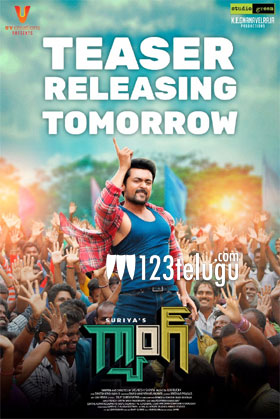 Suriya’s latest film Gang is all set to hit the screens on January 12. Directed by Vignesh Shivan, the film also stars Keerthy Suresh in the lead role, and Anirudh Ravichander has scored the music.

Speaking at a recent event in Chennai, Anirudh said, “I’m very happy to have scored music for a Suriya’s film for the first time. I loved his screen presence throughout the film. I liked the little nuances he has done in the film. In fact, his performance inspired me to make good music.”

In turn, Suriya too praised Anirudh for his work in the film and said that he’s one of the main reasons why Gang is carrying good buzz in Telangana, Andhra Pradesh, and Kerala. UV Creations and Studio Green banner are releasing the Telugu version.