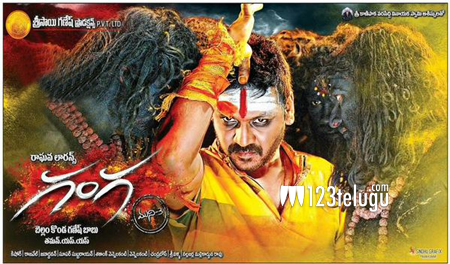 Lawrence’s latest horror comedy, Ganga is collecting stunning numbers all over its areas of release. According to the latest update, the film has collected close to 3.55 crores in both the regions of Andhra and Telangana on the first day of its release.

Icing on the cake is that some extra screens are being added to keep up with the flow of audience in the single screens. Tapsee and Nithya Menen’s performances are drawing huge applause in this flick which has music by S.S.Thaman.