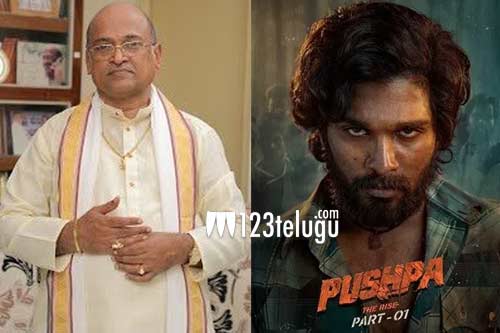 Garikapati Narasimha Rao needs no introduction. He is a famous spiritual leader and speaks his mind all the time.

Recently, he was also bestowed upon the prestigious Padmasir award by the government of India. Now, he has made news once again as he has slammed the film Pushpa.

In one of his videos that went viral, Garikapati Narasimha Rao says how can the director Sukumar glorify a smuggler like Pushpa in the film. Such films are a bad influence on society.

Garikapati Narasimha Rao goes on to say “Is Pushpa a Lord Rama or a big saint to say, Thaggede Le”. Such dialogues and films which stylize smugglers in society should not be encouraged said, Rao.

Pushpa is Allu Arjun’s biggest hit to date and has become a rage in the country. We need to see if Allu Arjun responds to this comment from Garikapati Narasimha Rao.