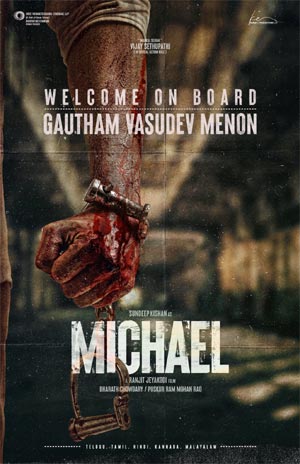 Ranjit Jeyakodi will be directing this Pan India film to be made in Telugu, Tamil, Kannada, Malayalam, and Hindi languages.

The latest update is that Gautham, who directed several superhit films and also showed his acting prowess in some movies and web series is roped in for Michael.

Sundeep Kishan plays an intense and author-backed role and the film’s title poster that indicated the intensity of the character got tremendous response.