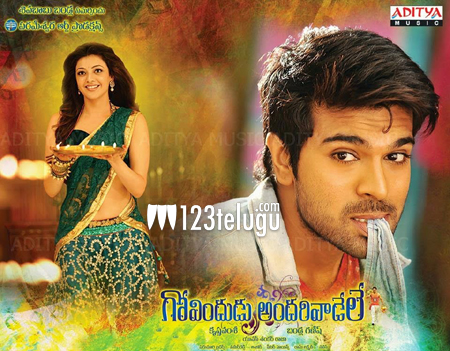 Krishna Vamshi’s latest offering ‘Govindhudu Andharivadele’ was released on October 1st in over 2000 screens world wide. The festival season and long weekend, has helped this family entertainer in getting a good start at the box office.

According to the latest update, GAV is all set to cross the 15 crore mark in Nizam. Kajal plays the female lead in this film, which also features Prakash Raj, Jayasudha and Srikanth in other prominent roles.