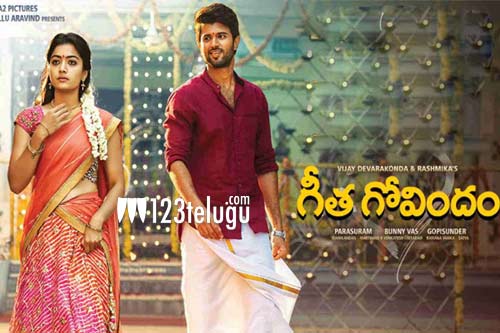 Vijay Deverakonda’s Geetha Govindam performed extremely well in both the Indian and overseas markets. Having entered into its fourth week, the film is still minting decent revenues at the ticket windows.

The latest update is that this film has collected a whopping sum of 19 crores in just the Nizam region and is expected to enter the elite 20 crore club very soon.

Made with a limited budget, GG has turned out as a huge money spinner for both the makers and buyers by collecting more than 65 crores share worldwide.

Geetha Govindam has young starlet Rashmika as the female lead. Parasuram has directed the film and Geetha Arts banner bankrolled this family entertainer.