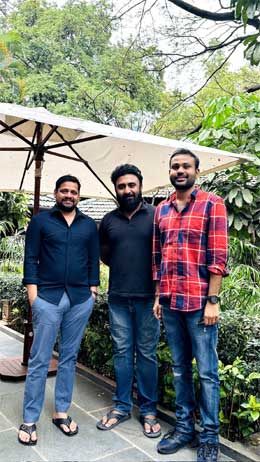 In June 2022, GA2 Pictures announced its 8th film with Rahul Vijay and Shivani Rajashekar as the lead pair. Directed by Teja Marni of Johar and Arjuna Phalguna fame, the movie has made the headlines again.

The makers of the film took to social media to announce that the flick will have the music provided by Midhun Mukundan, who earlier worked for the blockbusters Garuda Gamana Vrishabha Vahana (GGVV) and Rorschach.

To recall, during the movie’s launch, the makers had announced Shakthikanth Karthick as the music director. The reasons are unknown why the movie team replaced him with the Kannada music director.

Srikanth, Varalaxmi Sarathkumar, Murali Sharma, Benarji, Pavan Tej Konidela, and others were roped in to play key roles. Jagadeesh Cheekati to crank the camera for this film, which will be released later this year.