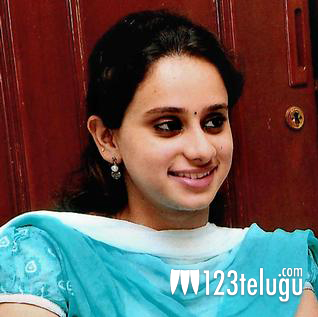 The late Ghantala garu is one of the most recognised and revered singers in South India. His songs are popular to this day in Andhra Pradesh and his legacy will endure the test of time. His son Ghantasala Ratnakumar is a well known dubbing artiste and writer.

Now the third generation from the Ghantasala family is getting ready to make a mark in the Film Industry. Veena Ghantasala, who is the daughter of Ratnakumar,is slowly establishing herself in the Industry. She lent her voice for a song in ‘Andhala Rakshasi’ and she is now dubbing for the film ‘Heart Attack’.

Veena has dubbed for a few TV serials and films before. She has lent her voice for Bindu Madhavi in the film ‘Sega’ and for Genelia in ‘Urumi’. Let us wish Veena the very best for her career.