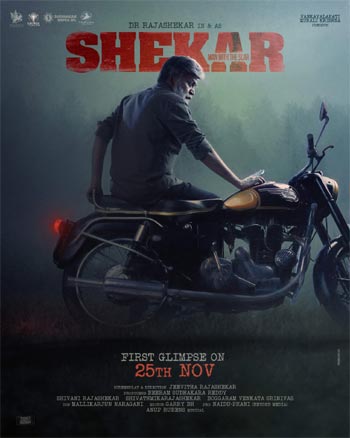 It is a known fact that Rajasekhar’s 91st film has been titled Sekhar. The shooting is done and now the latest update is that the first glimpse will be out on the 25th of this month.

Sekhar is an official remake of the acclaimed Malayalam thriller, Joseph. The film also features young Malayali and Bollywood beauties Anu Sithara and Muskaan Khubchandani as the female leads.

The film is being directed by debutant Lalith Kumar and produced by Rajashekar’s daughters Shivani and Shivathmika along with MLV Satyanarayana.

The release date will also be announced with this teaser as per the news.