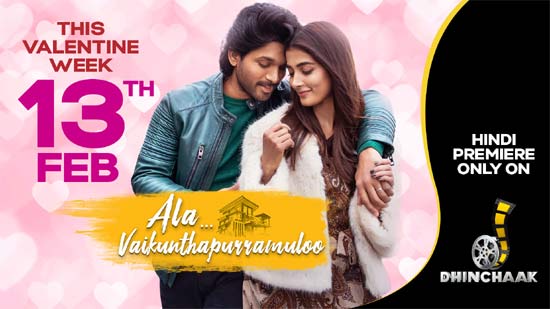 Everybody knows that the Goldmines Telefilms planned to premiere the Hindi version of Allu Arjun’s industry hit, Ala Vaikunthapurramulloo, on its Dhinchaak Channel.

Earlier they have announced that the Hindi version of AVPL will be released on February 6, 2022, but now, Goldmines has come up with a new date, February 13, 2022. The reasons behind the postponement are unknown.

Pooja Hegde is the leading lady in this Trivikram directorial. Thaman’s music played a major role in the movie’s success.