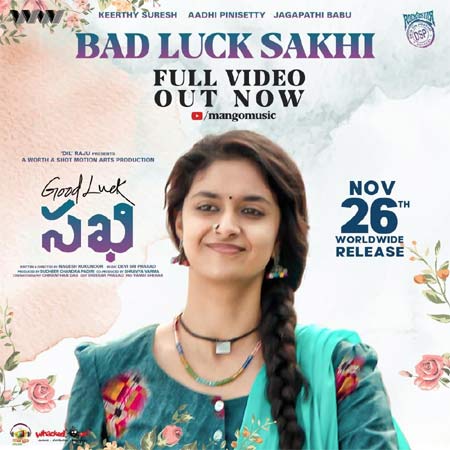 The song describes how Sakhi brings bad luck to the entire village and the series of incidents shown in the song are very funny. Keerthy Suresh is super cute as a village belle and she will be seen as a shooter in the sports rom-com.

Directed by Nagesh Kukunoor, Good Luck Sakhi is a multi-lingual film made simultaneously in Telugu, Tamil and Malayalam languages.