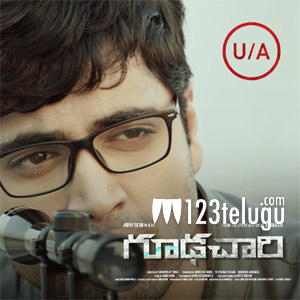 Adivi Sesh’s upcoming spy thriller, Goodachari is currently a hot cake in the trade circles. The film’s theatrical trailer which was unveiled a few days back has instantly caught the audience attention and raised curiosity for the film.

Meanwhile, the latest we hear is that the film has completed its censor formalities a while ago and passed with an U/A certificate with zero cuts. Grand visuals and spectacular action episodes are said to be a major highlight of the film.

The film has Bollywood starlet Sobhita Dhulipala as the female lead. Goodachari is produced by Abhishek Pictures, People Media Factory and Vivek Kuchibotla and is scheduled for an August 3rd release.