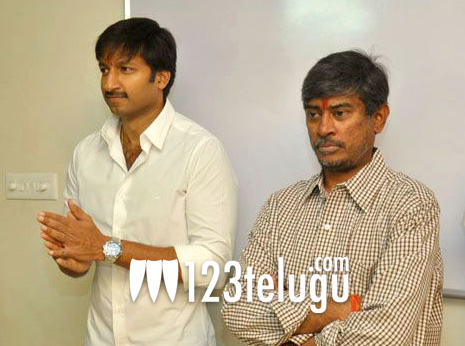 The shooting of Chandrasekhar Yeleti’s upcoming action adventure film has resumed in Hyderabad. In the latest schedule, the film’s climax scenes and few other important scenes will be shot. Gopichand and Taapsee are playing the lead roles in this film which has already been shot in Ladakh. The film is said to be about a common man who unlocks the key to find a treasure. BVSN Prasad is producing the film under Sri Venkateshwara Cine Chitra banner. Sri is composing the music whereas Shamdat is cranking the camera. The film is expected to hit the screens in mid-2013. This is the only film which Gopichand is acting in right now and Taapsee is awaiting the release of Gundello Godaari later this month and a slew of other films in 2013.