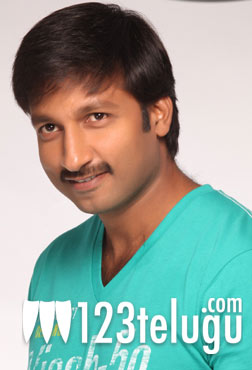 Macho hero Gopichand, the hero of hit films like ‘Lakshyam’ and ‘Andhrudu’, is going to get engaged on December 23rd to Reshma. The lady happens to be hero Srikanth’s niece, making this a film industry alliance. Gopichand and Srikanth are known to be nice human beings and this is a welcome development for both families.

The wedding is expected to take place in the first half of 2013. Gopichand was in the news sometime ago when his marriage was cancelled at the last minute due to some personal reasons.