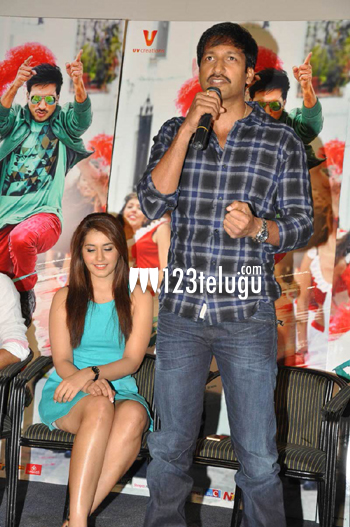 Macho hero Gopichand is ready to entertain the audience with his latest flick Jil. The movie has completed its censor and it is getting ready for a massive release on 27th of this month. Directed by debutante Radha Krishna Kumar, this movie has Rashi Khanna as the female lead.

Gopichand has heaped praise on Rashi Khanna and predicted that she will have a bright career ahead. He added, Rashi Khanna will look different and better when compared to her previous flicks. He also complimented the hard work of the director.

This movie was produced under the U.V.Creations banner and the music scored by Ghibran is already getting a thumping response in the market.