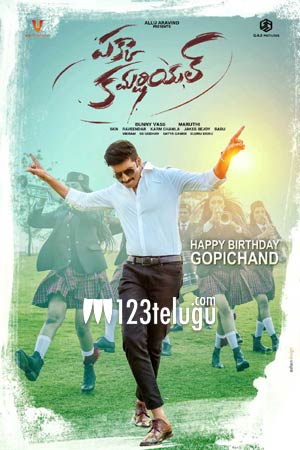 It is a known fact that Maruthi is making a film with Gopichand and the project has been titled Pakka Commercial. The shooting of the film also started and completed a small schedule.

As Maruthi has started his other film with Santosh Shoban, rumors are afloat that the film was halted. But on the occasion of Gopichand’s birthday, a swanky new poster has been released.

Gopichand is seen in a vibrant avatar and looks quite handsome. The film is a hilarious drama and will showcase Gopichand in a never-before manner. Here’s wishing Gopichand advanced birthday wishes.