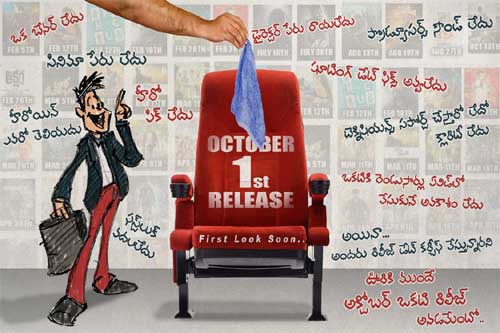 It’s well known that action hero Gopichand has teamed up with successful director Maruthi for his 29th film. The makers of this as-yet-untitled commercial entertainer had announced the project with a fun video in January first week.

And now, the film’s release date has been announced with a hilarious poster. Touted as an out-and-out commercial entertainer, the film will be released on October 1. Interestingly, this self-criticizing poster neither features the names of the film’s cast and crew nor its makers and not even the launch date.

Leading production houses UV Creations and GA2 Movies will be jointly bankrolling the project in Allu Aravind’s presentation. More details about the project will be revealed soon.