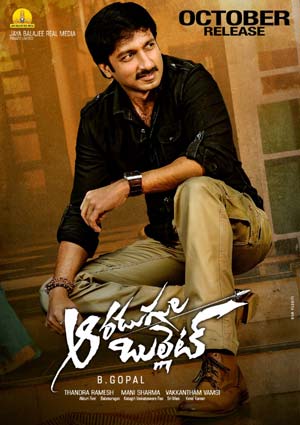 The much-awaited success of hero Gopichand’s just released mass action entertainer, Seetimaarr, has helped his long-delayed film, Aaradugula Bullet, to see the light of day. Lying in the cans for nearly 7 years, the film is finally gearing up for its theatrical release in October. The exact date of release will be announced soon.

Aaradugula Bullet also features star heroine Nayanthara as the female lead. Directed by veteran director B Gopal, the film is produced by Thandra Ramesh under Jaya Balaji Reel Media banner. The film has its story penned by Vakkantham Vamsi, while Manisharma has composed the music. The makers will kick-start the promotions very soon.