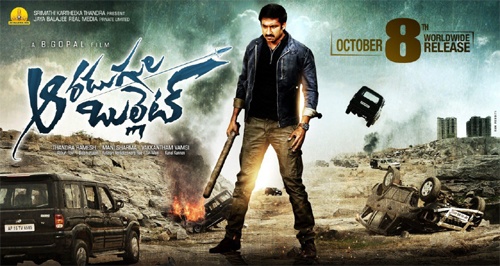 Coronavirus is showing adverse effects and has hit the film and entertainment industries as well. Ever since lockdown was enforced, several films of various languages were released directly on OTT platforms.

Gopichand’s long-delayed project Aaradugula Bullet was directed by B Gopal. Due to some reasons, the film’s release got delayed extensively and now, the news is that the film will be out on October 8th on the big screens as the makers have rued out the option of OTT.

There is news that the makers have re-edited the film and will release it with good promotions. Let’s wait and watch how the film fares.