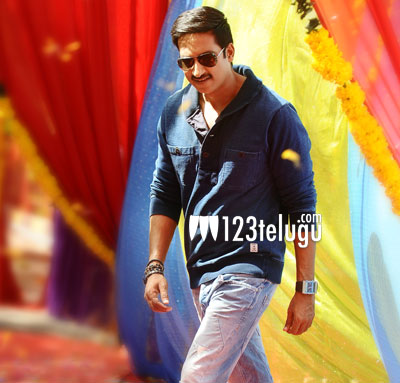 It is a known fact that Gopichand’s next in Ravi Kumar Chowdary’s direction is going on a brisk pace. According to the latest update, the makers are planning to release the film on the 25th of December.

This film is produced by Bhavya Creations, the banner which earlier produced the super hit Loukyam. Star writers Kona Venkat and Gopi Mohan are penning the story while Sreedhar Seepana is writing his trademark dialogues.

Prasad Murella is the cinematographer while Anup Rubens will compose the tunes.