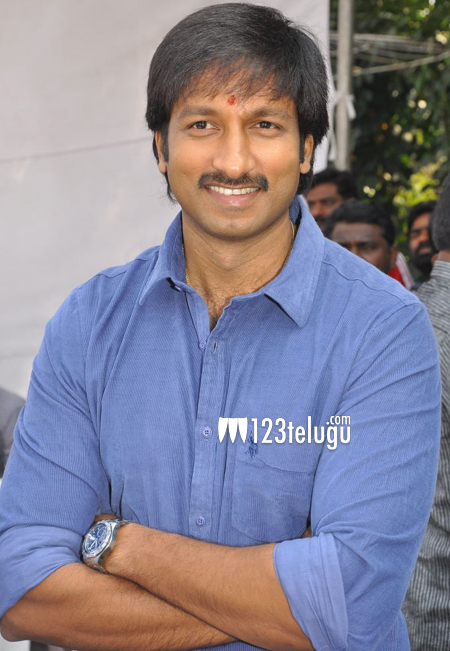 Handsome hero Gopichand, is making careful strides in his career. His last film Loukyam was a runway hit with the masses, and he is currently working under UV productions banner, who made hit films like Mirchi and Run Raja Run.

Debutante Radha Krishna Kumar is the director, and according to the latest update the film has been titled Jill. Rashi Khanna will play the female lead and Ghibran is scoring the music. Keep watching this space for more updates on this flick.