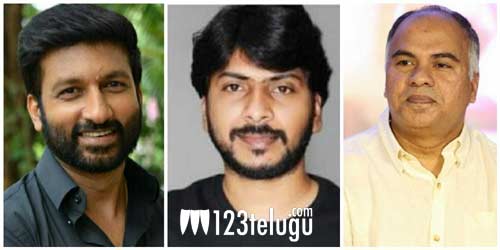 Gautham Nanda actor-director duo, Gopichand and Sampath Nandi, are all set to join hands for the second time. Srinivasa Chitturi, the producer of Samantha’s U-Turn, will be bankrolling this project with a high budget.

This as-yet-untitled film will have a formal muhurtham ceremony very soon and more details about the cast and crew members will be announced during the launch. Sampath Nandi is said to have penned a high-voltage action entertainer yet again. Srinivasaa Silver Screen banner will be bankrolling the project.