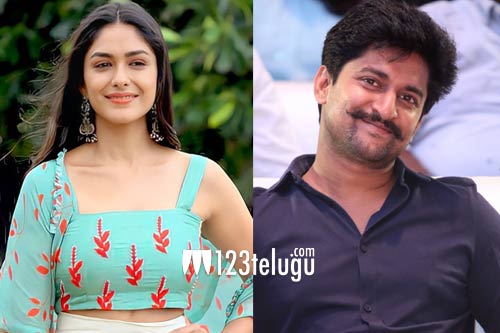 Nani is busy with the shoot of his new project Dasara which is up for a grand release in March 2023. The movie has fetched a lot of hype and will release in other languages too. Meanwhile, Nani’s next flick marks his milestone 30th film.

It was said that a small glimpse would be unveiled on January 1st. The latest buzz among the film circles is that gorgeous beauty Mrunal Thakur who attracted Telugu audiences with her captivating performance in Sita Ramam is roped in to play the female lead.

While nothing is confirmed yet, this news has gone viral on social media. Fans are very happy with this gossip and are expecting to see this combo on screen. Mohan Cherukuri (CVM), Dr. Vijender ReddyTeegala, and Murthy K S produce this flick under Vyra Entertainments.