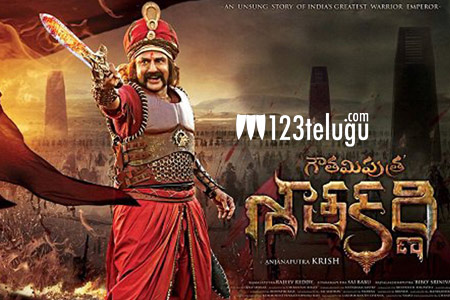 The historical extravaganza, Gautamiputra Satakarni has hit the screens with some positive reports all over. The collections of this film are being slowly compiled and the latest update is that the film has collected a total share of 2.67 crores on the first day of its release.

Directed by Krish, this film has Balakrishna in a lead role. Shreya Saran plays the female lead in this film and her performance is being appreciated big time. With the holiday season on, the collections of the film are bound to increase in the coming days.

Rajeev Reddy and Bibo Srinivas produce this film which has music by Chittaranjan Bhatt.