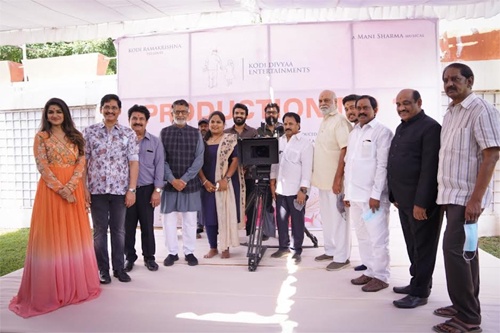 While producer Ramalingeswara Rao sounded the first clap, producer AM Rathnam switched on the camera and director K Raghavendra Rao directed the muhurtham shot. Manisharma composes the soundtrack for this youthful entertainer.