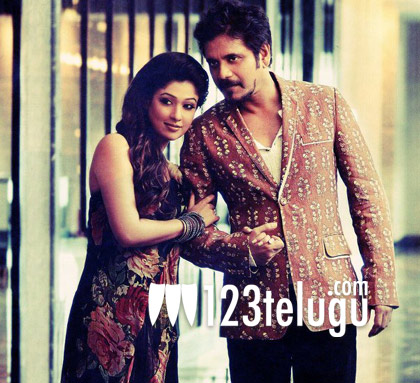 ‘King’ Akkineni Nagarjuna’s film with director Dasaradh has been officially titled ‘Greeku Veerudu’. The movie’s production team sent out an official press note about the title. Nayanatara is the heroine in the movie and shooting is nearing completion.

The final schedule is currently underway in Hyderabad and only about 10% remains to be shot. ‘Greeku Veerudu’ is gearing up as a summer entertainer and Thaman is composing the music for the film. This movie is expected to be a stylish family entertainer.

‘Love Story’ was the original working title of the movie and it was later changed to ‘Sari Leru Neekevvaru’. But the final and official title will be ‘Greeku Veerudu’.