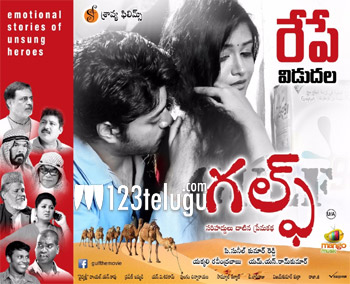 Gulf is one film which has created a decent buzz for itself. The film is directed by Nandi award winner Sunil Kumar Reddy and is up for a release this Friday.

The film is getting a decent release as it is opening in 120 theaters in AP and Telangana. The film is a hard-hitting drama based on the lives of people who live in the Gulf countries.

The film has a run time of 2 hours 14 minutes and is also releasing in Karnataka and in 15 theaters in the overseas. This is a decent release considering the film having relatively newcomers.