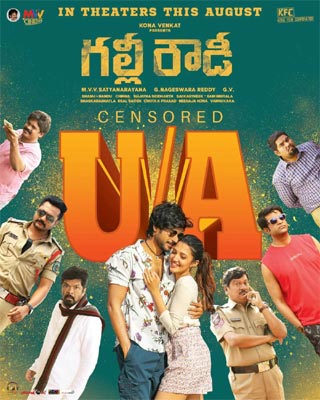 Since the last few days, there have been reports going around that Sundeep Kishan’s new film Gully Rowdy will be coming out on OTT soon. This news was spread so much by the media but Sundeep Kishan cleared that the film will be out in theatres.

Now, the latest update is that the film has wrapped up its censor formalities with a U/A certificate. With this, the film is done and now, the news is that the makers are planning an August release.

Gully Rowdy has been directed by G Nageswara Reddy and Kona Venkat produces it. The film is a comedy-drama and the songs have also caught on quite well.