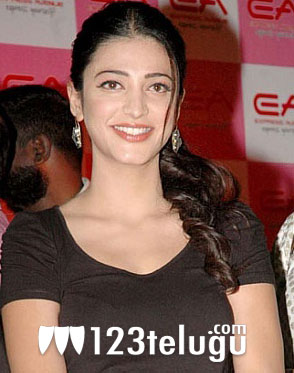 It’s become an order of the day to create fake profiles of celebrities on social networking sites and some miscreants seem have gone a step further. Recently, a miscreant hacked into Shruti Haasan’s facebook and gmail accounts and ended up messaging a lot of friends. The actress, who was shocked at this incident, ended up tweeting, “Such an invasion of privacy.

Sorry to those who got any false mails or messages.” Last week, gossipmongers began spreading rumours that Ileana had replaced Shruti Haasan in Gabbar Singh but before it could spread like wildfire, Harish Shankar, the director of Gabbar Singh stepped in and clarified that Shruti Haasan is the heroine in his film and that she would join the film’s shooting in December.