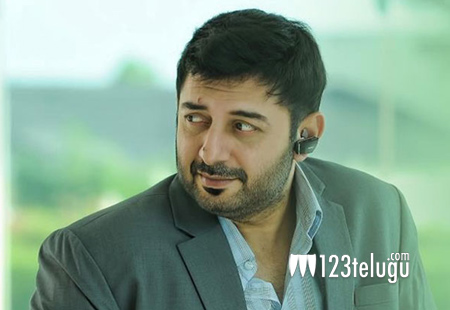 The handsome hunk of south India, Aravaind Swamy made a stunning comeback to films with the super hit film Thani Oruvan. The film was a huge success and brought back the handsome star in the reckoning once again.

Now, Aravind Swamy has once again joined hands with his Thani Oruva co-star Jayam Ravi for a film titled Bhogan. Produced by Prabhu Deva, this film has Aravind Swamy playing a cop.

Yet another interesting aspect of the film is that Aravind Swamy has sung for a number in the album. D Immam composes music for this film which will be out this year end.