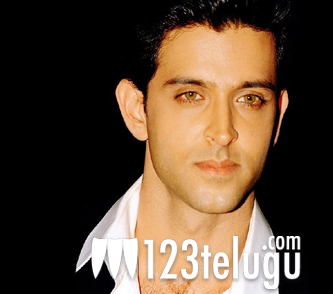 Bollywood hunk and the heart-throb of millions of girls around the world, Hrithik Roshan, turns 38 today. Born on 10th January 1974 into a prominent family with strong Bollywood ties, Hrithik spent his childhood in Mumbai watching his father work as an actor and then as a director. Hrithik was attracted to the film industry from a very young age and worked as a child actor before assisting his father as an assistant director for movies like ‘Karan Arjun’ and ‘Koyla’.

He made a wildly successful debut with ‘Kaho Naa Pyaar Hai’, a movie which launched him into super stardom overnight. Girls went crazy over his stunningly rugged physique and superb dancing abilities. He made a name for himself as a good actor with terrific dancing and fighting abilities. Films like ‘Koi Mil Gaya’ , ‘Krish’ and ‘Jodha Akbar’ cemented his place as one of the biggest stars of the industry.

Hrithik has Agneepath, the remake of Amitabh’s iconic blockbuster. lined up for release this year and he has also been selected by Rado to be its global watch ambassador. With Krrish 2 in the pipeline, 2011 looks promising for this hunk.