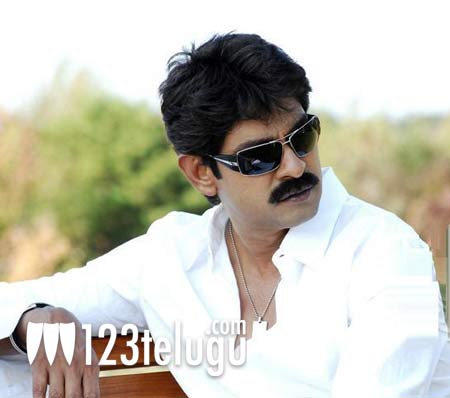 Today is Jagapathi Babu’s birthday. Many summers ago (1988) to be precise, Veeramachaneni Jagapathi Rao Chowdary wrote a letter to his father V B Rajendra Prasad revealing that he wanted to be a hero. Rajendra Prasad, couldn’t help notice the irony. He had come to Tollywood wanting to be a hero, but after repeated refusals became a director instead. The father did his bit. Jagapathi Rao was rechristened as Jagapathi Babu and was launched in the movie Simha Swapnam. The year was 1989. From there on it was a slow but determined climb for the young actor. He finally found his footing with RGV’s Gayam in 1993. From then on till 1998, were probably the best years of his career. Mavichiguru, Subhamasthu, Maavidakulu ,Aasayam and Antahpuram – all of these happened during this 5-year period. Antahpuram was probably the role of his career. But after that save for the odd hit, his appeal by and large fizzled out. Gaayam’s sequel released in 2010 gave him a fill-up but he simply could not attain the buzz that surrounded his glory days. Currently he has 4 films on the floors, of which he says Ninne Ninne would be a special treat for his fans. Here is wishing him the very best going forward.