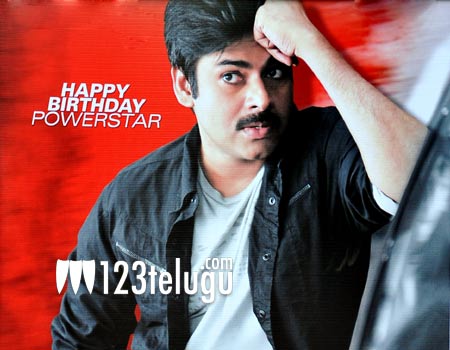 Today is the birthday of Power Star Pawan Kalyan. Born on 2nd September 1971, Pawan Kalyan is one of the most revered heroes in the Telugu Film Industry.

He made his debut in films as a hero with ‘Akkada Ammai Ikkada Abbai’ in 1996. Pawan gained stardom over the next couple of years with a string of super successful films like ‘Tholiprema’, ‘Thammudu’ , ‘Badri’ and ‘Khushi’. He has built up an enviable fan following over the years and despite some lean years after Khushi, his loyal band of fans remained intact.

Pawan came back to form in 2012 with a massive blockbuster in the form of ‘Gabbar Singh’. Known for his high energy levels,impeccable style and comedy timing, Pawan is also a great human being. He has ‘Cameraman Ganga tho Rambabu’ with Puri Jagan lined up soon.