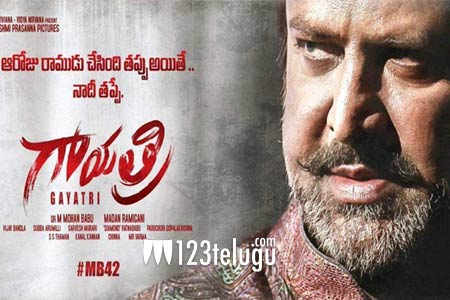 Right from the day, the trailer of Gayatri was released, there has been a good buzz for the film. Mohan Babu plays a dual role in this film which has been directed by Madan.

The latest we hear is that the film will have some hard-hitting drama as its forte. Mohan Babu’s performance, in particular, will be the highlight of the film and the drama weaved around his negative role is said to be quite thrilling.

It has been quite some time since we saw Mohan Babu in a negative role and Gayatri will showcase the star hero’s reach as an actor. The film has a strong female-oriented setup and features Nikhila Vimal in a crucial role. Gayatri is up for a release this 9th of February.