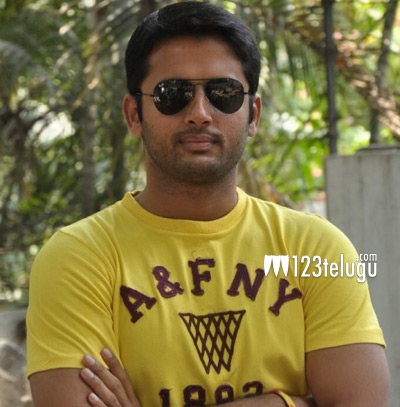 Nithin is surely a happy guy these days with two back to back blockbusters in the form of Ishq and GundeJaari Gallanthayindhe. Added to the excitement, the first look trailer of his next film Courier Boy Kalyan has been released recently and has received great response.

Meanwhile Nithin is presently in Spain shooting for his next film ‘Heart Attack’. Major portion of the movie will be shot in Spain and it is reported that shoot is going on in exotic locations in and around Spain. The climax fight sequences were shot in the first schedule followed by a second schedule that went on in Hyderabad.

Adah Sharma is making her Tollywood debut with this film and Anup Rubens is composing the music. Puri Jagannadh is the Producer as well as Director of this movie.