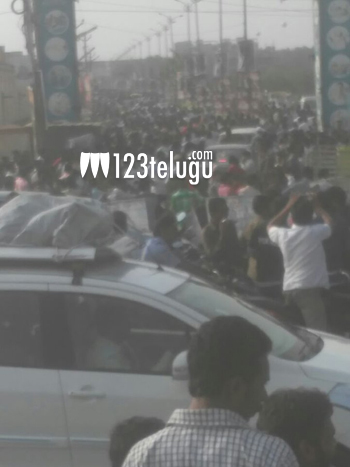 The stage has now been set for the grand pre-release function of mega star’s Khaidi No 150. Huge crowds have already turned out hours before the event and the cops are having a tough time controlling them reveal sources.

Already stars like Allu Arjun, Varun Tej and Sai Dharam have landed in Vijayawada along with the entire unit. The organizers are expecting some massive crowds and some very good safety measures have also been taken for the safety of the fans.

One can easily say that no function in the recent times has garnered such huge craze. With so many heroes on one stage and the massive buzz that has been created around the event, the function will be quite a spectacle.