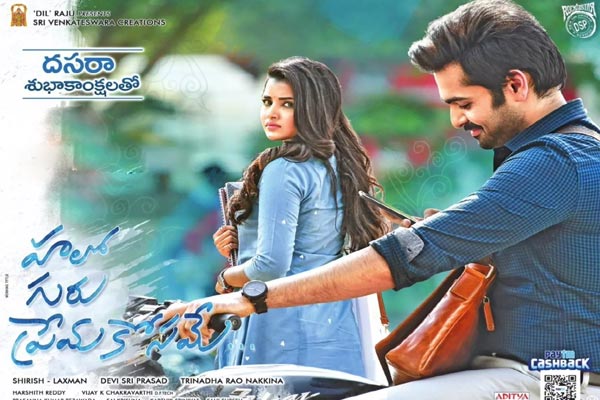 Hello Guru Prema Kosame released yesterday on the eve of Dussehra festival. As we reported yesterday, the film had a very good occupancy in both the Telugu states and the latest we hear is that the film has made a total share of 3.9 crores on the first day in both AP and Telangana.

These are the highest openings for Ram in his career and he is very happy about the way his film has been received. Trinadh Rao Nakkina directs this film which has Anupama as the female lead.

The collections will surely improve as the long weekend is underway. Dil Raju produces this film which has music by DSP.